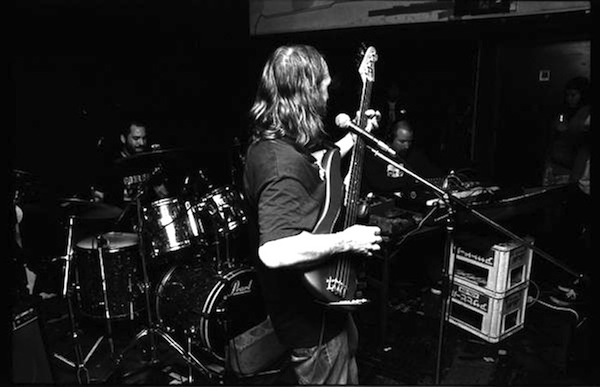 The Bastard Noise was founded in 1991 by Henry Barnes, W. T. Nelson and Eric Wood, initially as a side project of powerviolence band Man Is The Bastard.

Project personnel and past contributors

Although The Bastard Noise utilizes many instruments, the project has come to be known and recognized by the idiosyncratic sound of their purpose-crafted gear unique to the project. Electro-acoustic devices such as “the Coil”, controllers such as joysticks repurposed from broken arcade games and a vast array of high and low voltage analog audio generators were invented, engineered and hand-built by Henry Barnes (who builds as Amps for Christ and Guitars For Christ) and W. T. Nelson (who builds for Trogotronic) specifically for The Bastard Noise lending to the projects’ distinctive sound. Recently the project has come full circle to the roots of where it began with a return to a powerviolence/progressive repertoire and traditional instrumentation such as amplified bass guitar, keys and drums. As of September 2010 W.T. Nelson is no longer in the group. Joel Connell was replaced in early 2012.

The Bastard Noise project has documented its work inside the recording studio, on stage and even in the kitchen with well over 100 recordings issued. Many of these were self-released, the rest were issued by select underground (and occasionally above-ground) worldwide labels such as Alien8, Deep Six, Gravity, Ground Fault Recordings, Hear More!, Helicopter Records, Housepig, Kitty Play, MSBR Records, Relapse, Thumbprint Press, Triage and Vermiform.